Karnataka is blessed with abundant temples and shrines that beckon people of all faiths to pay tribute to. Since Bangalore is the gateway city, you can stay at one of the many family resorts in Bangalore before heading out on your soul-quenching journey. The following are some famous pilgrimage sites of Karnataka.

Sringeri is a revered town being the place where the first math was founded by the renowned Hindu theologist, Adi Sankara who is also the father of the Advaita Vedanta philosophy. Some beautiful temples in this town are the Vidyashankara Temple, Sharadamba Temple and Sri Parshwanath Swamy Basadi Jain temple in the heart of the town. You can also take a detour to Sirimane Falls, a good family outing. 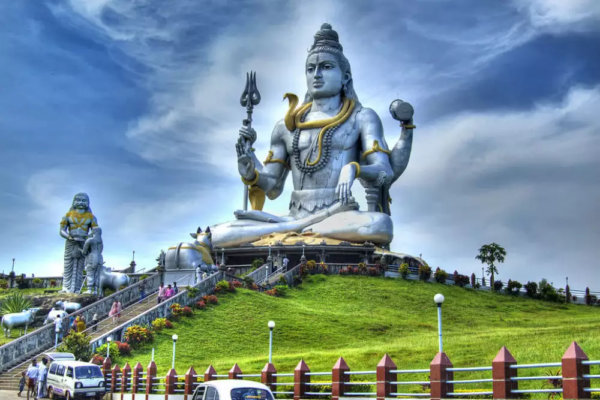 The popular temple town Dharmasthala is nestled on the banks of the river Nethravathi and is known for the main Dharmasthala Temple. At this temple, you can pay homage to many shrines dedicated to Shiva, Chandranath, Manjunatha, etc. A great time to visit this temple is during the grand annual festival called Laksha Deepotsava when an estimated 10,000 devotees throng to the temple.

Home to the second tallest statue of Lord Shiva in the world, Murudeshwar temple on the Arabian Sea coast will leave you awestruck. The main entrance which is called the ‘Gopura’ stands 123 ft. tall offering a breath-taking view of the statue from the top. Some of the other places you could visit in Murudeshwar include the beautiful beach, Netrani Island and the Murudeshwar Fort which is right behind the temple complex.

Srirangapatna is a quaint town enclosed by the Kaveri River on all sides to form a ‘river island’. The town is home to the celebrated Ranganathaswamy temple making it the most important center of pilgrimage to the Vaishnavites in South India. Hindus consider the presence of the Kaveri River as auspicious and purifying. Devotees come from far and wide to immerse the ashes of the departed and perform rites for their ancestors at the sacred ‘Paschima Vaahini’ section of these waters.

Located 36 km from Chikmagalur, Baba Budangiri Mountain was named after the 17th century Sufi Muslim saint, Baba Budan who is believed to have come to India to spread the message of Islam and peace. This place is also important for Hindus as Dattatreya Peetha. A cave here is believed to have been the residence of Sri Dattatreya Swamy. The Jatra or Urs, held for three days every year, is attended by both Hindus and Muslims. The stunning forest range of these hills is also popular for hiking and trekking.

Udupi is a beautiful coastal town that is known for its temples and unique cuisine. The most important temple of this town is the Krishna Temple, also known as Udupi Sri Krishna Matha. There are eight mathas managing the daily services of the temple. Paryaya is a boisterous annual festival that takes place in the month of January when thousands of devotees crowd the town. Try the delicious cuisine of Udupi as well as visit places, like Kaup Beach, Malpe Beach, St Mary’s Island, etc., on your visit to the town.

Located in northern Karnataka, Pattadakal is a temple town nestled on the bank of river Malaprabha and is also a UNESCO World Heritage Site due to its brilliant architecture. There are totally 10 temples, all dedicated to Lord Shiva and built-in Dravidian and Nagara architectural style, by the rulers of the Chalukya dynasty. Visit temples, like Galaganatha Temple, Kashi Vishwanath Temple, etc., and appreciate the intricate details of these magnificent temples. 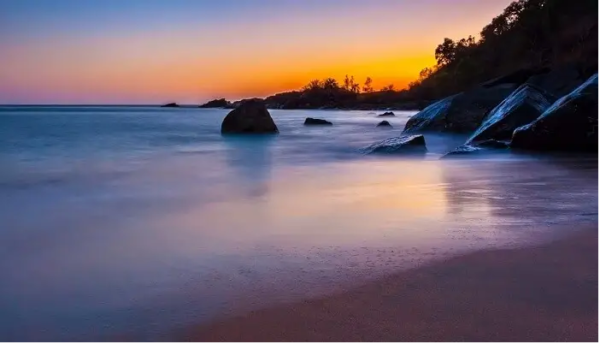 Bordering Karnataka, Gokarna is a popular temple town and beach destination. The main temple is the Mahabaleshwara Temple that is dedicated to Lord Shiva, but some other temples you must visit in Gokarna include Bhadrakali Temple, Venkatramana Temple, and Maha Ganapathi Temple. Take an extra day out to enjoy the pristine beaches here.

Shravanabelagola is a Jain pilgrimage site since it is home to the most important Gommateshwara Statue. This huge monolithic statue stands 57 ft, tall on the Vindhyagiri Hill. Come here especially during the Mahamastakabhisheka, a grand festival held once 12 years when the statue of Gommateshwara is bathed with saffron, ghee, milk, etc. in order to keep it fresh.

Popularly known as the Nandi Temple which is how Nandi Hills Bangalore got its name, this historic temple dates back to the 9th century and is one of the oldest temples in Karnataka. This impressive temple complex dedicated to Lord Shiva can be found at the base of the hill and flaunts magnificent architecture which is quite well preserved. You could stay at Discovery Village, a beautiful resort quite nearby, and give the perfect ending to your family vacation.