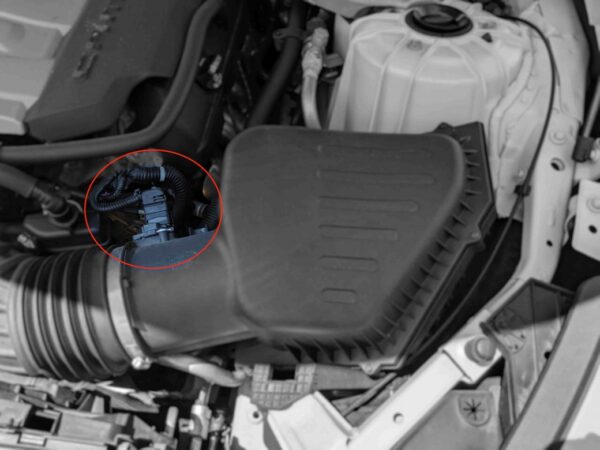 The 2020 Chevrolet Spark has an impressive array of features at an affordable price. It features modern infotainment capabilities, excellent maneuverability and even better fuel economy. It is perfect for the singles and small families. What most people like about this compact car besides the above mentioned reasons is ease of parking in tight places. To keep your Chevy Spark in tiptop condition and efficiency, it is important to ensure that your Chevy Spark Mass Air Flow sensor is in good working condition at all times.

A mass air flow sensor (MAF) determines the mass of air entering a vehicle’s fuel injection engine, and passes that data to the Engine Control Unit, or ECU. The air mass information is necessary for the ECU to correctly balance and deliver the correct amount of fuel to the engine. When a vehicle’s mass airflow sensor is defective it can cause a variety of problems, and usually results in very poor performance from your vehicle’s engine.  Your vehicle’s MAF sensor plays such an important role as it allows your engine to regulate its performance and change the intake of air to keep your engine running in its optimal condition.  If you push down on the accelerator, the engine will need more fuel to increase the rate at which the pistons are moved. In order to increase speed, more fuel and air are needed. The amount of fuel must be kept in line with the amount of air coming in.

You are advised to clean your mass air flow sensor either every six months, or every time you change your oil. Cleaning it when you change or clean your air filter will be a good way to save both time and money.

The mass air flow sensor is prone to failure due to age or other factors such as common pollutants like dirt and dust.  A faulty MAF sensor can result in a significant loss in power, poor gas mileage, and poor performance from your car’s engine.  So how do you know if your vehicle has a bad MAF sensor?

There are a number of driveability issues that arise from a faulty mass airflow sensor. The most common symptoms are slow acceleration and reduced engine power.

Other common symptoms of a faulty mass airflow sensor include:

Your air fuel ratio is either excessively rich or lean idling

A check engine light often comes on due to a dirty mass air flow sensor.  When you notice the light or feel the symptoms from your vehicle, you should immediately take a look at the MAF. If it’s dirty, all you probably need is just some cleaning.  If you think it’s faulty, get it replaced.  Drop by your local AutoZone for advice on symptoms of a bad MAF sensor or purchase your Chevy Spark parts.