In recent years, the health and wellness industry has taken an exciting turn towards alternative methods of curing diseases and alleviating chronic symptoms. Among the many things consumers are experimenting with, microdosing with psychedelic drugs such as magic mushrooms is currently en vogue.

Magic mushrooms are naturally growing psilocybin mushrooms that have psychoactive properties if consumed in specific quantities. While this was primarily considered a recreational activity, microdosing mushrooms is now gaining traction due to the health benefits it offers.

The claim here is that because the mushrooms are consumed in such small doses, hallucination does not occur. What the consumer experiences is an enhanced emotional and mental state, which improves overall wellbeing.

If you are curious about the health benefits of microdosing psilocybin, this article is for you. Stay with us as we take you through everything you need to know about what microdosing is and how consuming magic mushrooms this way can benefit your health.

Before understanding the health benefits of magic mushrooms, it is essential to be very clear on the concept of microdosing. According to the Journal of Psychopharmacology, a microdose of a drug is 1% of the active dose. More commonly, it is also considered 1/10th of a regular dose.

The idea behind it is that the quantity of the drug consumed should be so small that it does not alter the mind and consciousness. This method aims to make the most of a psychedelic drug’s positive effects while keeping the adverse effects away. Microdosers usually consume mushrooms daily or at intervals. It is recommended to start three times a week and to increase dosage gradually if no positive outcome is being experienced. Experts also advise against long term usage to avoid any risk of dependency. 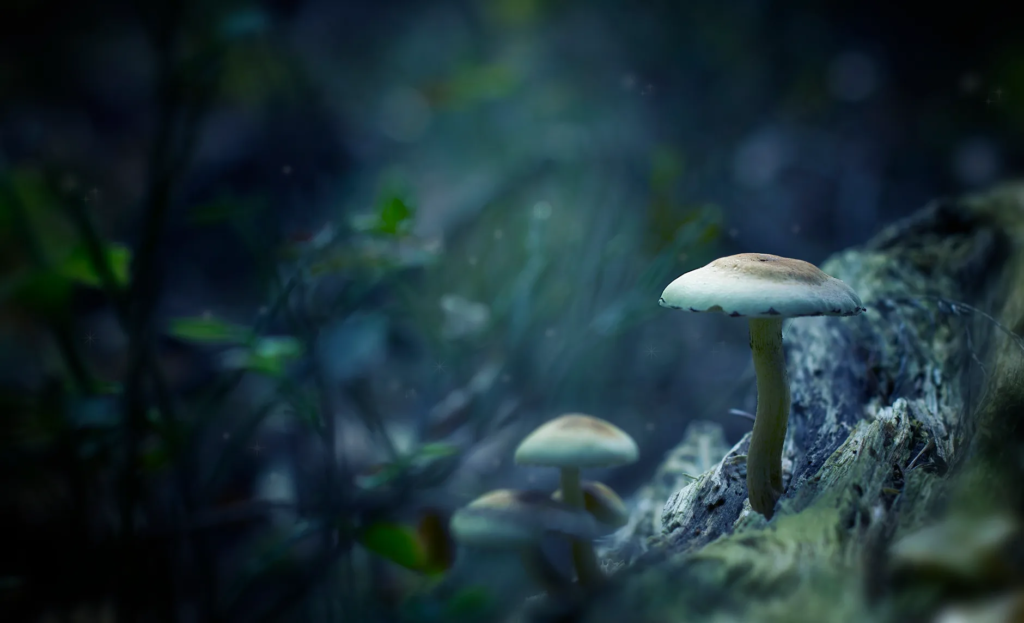 Now that you know what exactly microdosing entails let’s talk about the various health benefits of using magic mushrooms. The reason why microdosing magic mushrooms is beneficial is because it contains psilocybin which is known to have several positive impacts. Consuming it in small amounts eliminates the occurrence of getting high while providing all the following benefits.

Anxiety is a highly prevalent mental illness that plagues the lives of nearly 40 million U.S citizens each year. Up until now, several interventions have been known to help patients with severe anxiety, and microdosing of magic mushrooms is another promising treatment option.

Research has been done on patients suffering from chronic and often fatal illnesses like advanced cancer, and results show that amongst such patients, microdoses of psilocybin help alleviate severe cases of end-of-life anxiety. Even though results show a positive correlation between the use of magic mushrooms and anxiety treatment, it will take time to remove the stigma behind the drug. While the legal status of microdosing psychedelics remains undecided, in the case of magic mushrooms Canada-wide, the country recently allowed terminally ill cancer patients to receive psilocybin treatment for their anxiety.

Among all the other health benefits, depression is one area that has received a lot of attention and research. It is claimed that taking small quantities of magic mushrooms helps treat severe depression cases, especially treatment-resistant depression.

In fact, psilocybin has recently been approved by the FDA to be used in a drug trial for depression. According to reports, patients who were exposed to microdoses of the drug showed improvement within two weeks of consumption. As explained by doctors, the effects were as if the brain had been reset. These effects were also seen to last longer than therapy in which patients need sessions every week.

Psilocybin is known to interact with serotonin, also known as the happy chemical. Such interactions result in mind-altering effects that help alleviate the symptoms of depression. In fact, microdosing has also shown great results for patients suffering from post-traumatic disorders, especially war veterans. Such observations testify to the fact that consuming magic mushrooms in microdoses can help patients suffering from life-altering mental illnesses like depression.

When it comes to smoking and other forms of addiction, microdosing magic mushrooms can be incredibly helpful. According to research done by John Hopkins University, smokers who underwent a psilocybin treatment plan were able to stay away from smoking over a 12-month period. In fact, its benefits are not only restricted to helping people quit smoking but have shown remarkable results for other forms of addiction like alcohol and cocaine as well.

A study which was conducted on alcoholics showed reduced drinking occurrences. On the other hand, researchers at the University of Alabama are studying the use of psilocybin as a cure for cocaine addiction because they believe that microdosing in a medical setting can be beneficial for cocaine addicts.

While microdosing is widespread and common among users, the activity has mostly stayed underground. However, due to a shift in mindset, the concept has gained the attention of the scientific community who are conducting trials to test the medical efficacy of magic mushrooms.

So far, they have identified some of the benefits that we just spoke about, but more research is to come once the law begins to allow it. As the movement progresses further, we may be seeing more campaigns and information which could help all those who suffer from difficult ailments.

Despite the benefits microdosing claims to make, it is important to understand that everybody’s body reacts differently to different substances, so you must always plan your dosage carefully. In case of severe chronic ailments, consult your physician before trying anything new.

More from HEALTHMore posts in HEALTH »