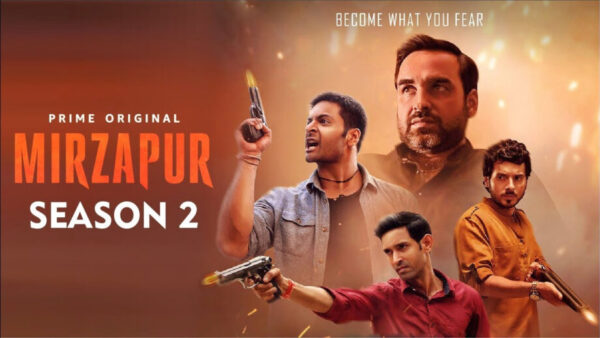 By Harry jack on October 9, 2020
Share this on WhatsApp

Finally, the wait is over, and the amazon prime hit web series will be aired on October 23 2020.

After watching the trailer, you also might have some doubts that will be cleared by the series’ release. We all have been desperately waiting for the series and its details. Here’s the deep insight of the date cast and the plot of the story too.

In 2019 the series was brutally ended, killing the emotions of the audience. The fans were left all shocked by the devastating end of their favorite web series. As the fans’ favorite character, the one who thought things through and was a very responsible personality throughout the series, bablu disheartened the audience a lot. There is no point in being in a dilemma anymore as everything will be cleared on October 23 by releasing the series on amazon prime.

The release date was announced to all the fans through a small You Tube video. The video also served as the teaser for the coming season 2 of Mirzapur.

In the series, we are going to see the following actors in the full character form, and they are-

The star cast is going to be filled with full enthusiasm and energy twin the hearts back of all their fans. There is also a great expectation of crazy twists and turns in the show that will be the most entertaining to watch for everyone.

The first season was shot around drugs, mafia, guns, and lawlessness in the city, which became Mirzapur’s core base. These were also the factors that served as the USP of this most popular web series. The Mirzapur town was ruled by Pankaj Tripathi’s Akhand Anand Tripathi, aka Kaleen Bhaiya, who grabs the carpet business and runs the racket of guns and drugs without any fear.

In the latest interview, she was speaking about the most popular Indian thriller series, Mirzapur. The head of India originals for amazon prime video, Aparna Purohit, said that- the name Mirzapur has been a game-changing title for us. She also added that the show taught us a new genre of storytelling to the Indian audiences. Creator Puneet Sharma also said that the love and appreciation for the series pushed us more to create this epic season 2.

SO what are you waiting for? Go and renew your amazon prime subscription and hold your hearts back to watch this fantastic Indian thrilling web series. The series’s characters have become so popular that now they are officially a part of the Indian culture. Also, no doubt, the return of Mirzapur will be a significant hit of amazon prime originals.

More from FEATURESMore posts in FEATURES »