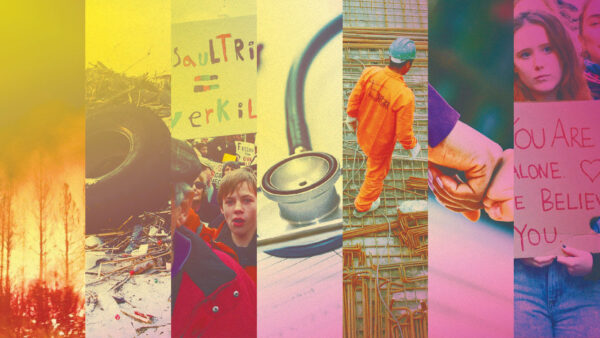 Sensitizing The Society To React To Important Social Issues

By Harry jack on December 22, 2020
Share this on WhatsApp

Humans are blessed with a highly evolved emotional and mental system of reacting to situations around us. Our emotions and our intelligence is supposed to help us make intelligent and well informed decisions in our lives and also extend empathy towards other living organisms and people.

Unfortunately, intelligence can make us act in certain ways that are insensitive to the environment, the animals or even other people. The most common example is animal abuse that is prevalent in the world. On one hand there are people and organisations like dog shelters  who are helping animals and other animal shelters. It is also noticed that a major fraction of people continue to remain insensitive to the poor animals.

Another example is the need for feminism. Discrimination based on assumptions regarding the gender of a person has gone too far in the recent history. Women are not only being treated unequally, socially, economically and even at the professional front, many men have grown up with the idea of being entitled to hurt women in a physical way. This demands for immediate attention from our society.

HOW HUMAN INTELLIGENCE CAN TURN INTO A CURSE

Being the most evolved species on the planet with a lot of dominance over the other species of animals and nature itself. Humans are capable of doing unbelievable things and make dreams come true.

Thanks to our minds that work so efficiently to generate ideas and allow us to be creative at the same time. But a great blessing can also turn into a curse if not checked. Too much of anything is a bad thing.

This is probably why humans were granted the ability to have a high emotional quotient. Our emotions are capable of focussing our intelligence into a direction that is good for everyone and everything around us. In short, our emotions can help to keep using our power of intelligence in the right way, for the betterment of all.

Unfortunately, people these days are becoming extremely driven by intelligence and logic. Our brain is capable of making decisions and acting on something called an ego, that is the part of the conscious brain that tries to keep us safe from the dangers of the world.

Even though ego is trying to protect us from the dangers, it is important to consciously learn to keep it in control as it can bring a lot of harm to the ones around us. Being sensitive in a world that is constantly marching towards insensitivity is extremely important if the future of our planet and the coming generations is to be safeguarded.

We as humans tend to believe that the world revolves around us. The ancient religious people used to believe in an idea of a geocentric universe, the one in which the earth is in the centre while the sun, the moon and the planets revolved around our planet. This thought arises from the ego of the people who wanted to believe in the importance of our existence, considering it superior to the other things around us.

Every society develops through various years and through numerous generations. Our society has shown numerous modifications through the previous years but people have not been sensitized enough to react to these changes with grace. Education and spirituality are two ways in which people can be taught to react with empathy and be sensitive to the overall wellbeing of everyone around us.

Some recent issues that need immediate attention from our society are as follows: